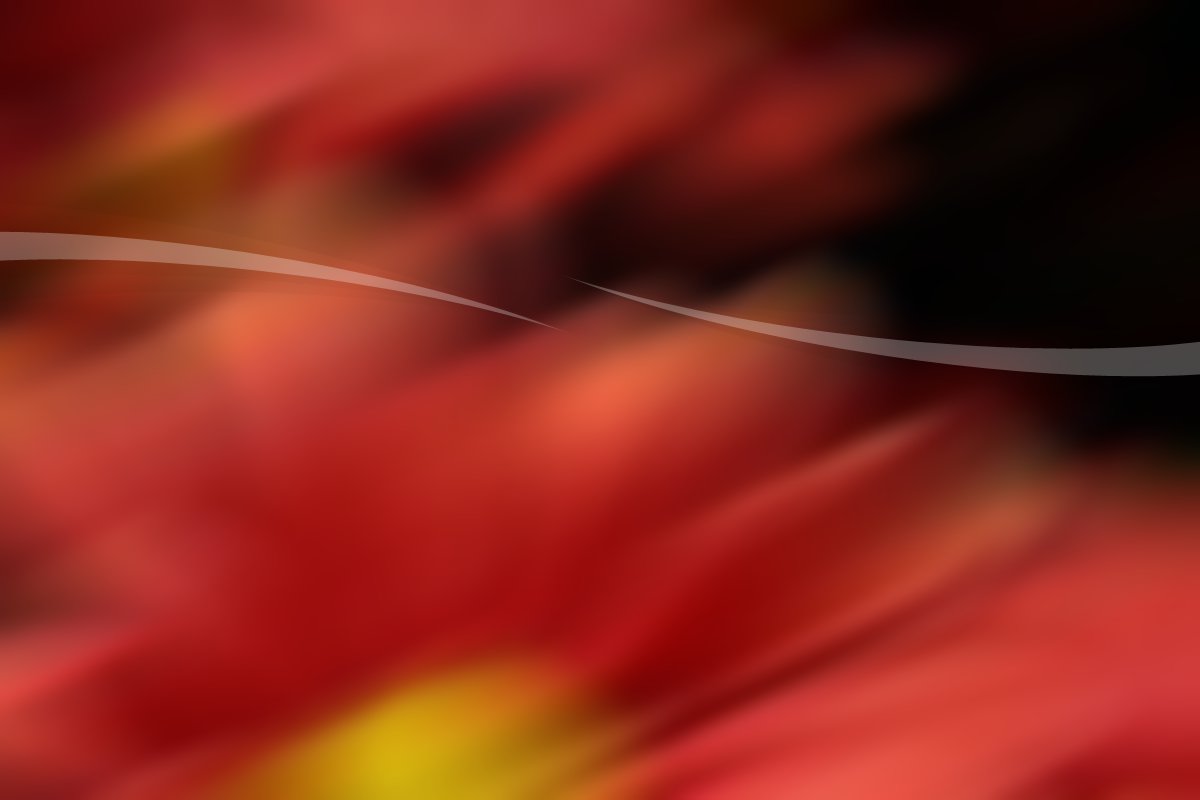 Where did (Biodynamic) Body Psychotherapy come from?

The origins of body psychotherapy can be traced as far back as the early twentieth century with the increased emphasis on the body that came with the rise of the Life Reform Movement in Europe, including the beginnings of dance movement therapy. However, it is the Austrian psychoanalyst Wilhelm Reich (1897-1957) who is most attributed with having initiated body psychotherapy. In the 1930s he broke with the established psychoanalytic school, and his friend and mentor Sigmund Freud, by focusing on an area that had been put aside by Freud, namely the relationship between mind and body.

Reich came to believe, and began to work clinically with, the idea that we hold unexpressed painful feelings in our posture and musculature, and that these psychological blocks can be released through direct loosening of the tension held in the body - the 'body armour'. While Reich's story then took a series of unexpected twists and turns, culminating in his pursuit of 'orgone' (universal life energy) and eventual demise in America, his theory of body armour was embraced and expanded on by the so-called neo-Reichians in the context of a growing humanistic movement that began in the 1950s. Many branches of body psychotherapy developed from that time, including Alexander Lowen's Bioenergetics, John Pierrakos's Core Energetics, Ron Kurtz's Hakomi, and David Boadella's Biosynthesis. One of these branches, Biodynamic Psychology, happened to take root in post-war Oslo under the Norwegian psychologist and physiotherapist Gerda Boyesen (1922-2005), eventually becoming Biodynamic Body Psychotherapy.

Boyesen began to explore the connection between mind and body when she experienced for herself Reichian bodywork, and saw the effect of particular neuromuscular massages on the mental health patients she worked with as physiotherapist. Already a qualified clinical psychologist, Boyesen was in a unique position of being able to combine what she knew of the mind with what she was learning about the body. Over time, and as her approach to body psychotherapy took shape, Boyesen came to believe that our true selves can be released from defensive structures by listening to what the body wants and facilitating movement that has become blocked. In this sense, biodynamic means free movement of the energy of life itself. What has emerged is a comprehensive technique that incorporates talking, specialised massage and focused attention on the expression of the body. Today Biodynamic Body Psychotherapy is underpinned and supported by theories of human development, neurobiology, attachment and trauma, as well as aspects from both humanistic and psychodynamic models. 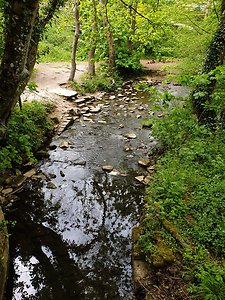 Any situation that involves extreme distress, fear, overwhelm, helplessness, deprivation, loss or inability to protect oneself can be carried as a trauma. These events may be one-off or repeated over time, in childhood or adulthood, and are generally felt more severely if there has not been an opportunity to digest what has happened with another person. If there was inadequate support at the time and if the individual was essentially alone with their distress and unable to cope, the body may hold the trauma, sometimes away from consciousness, until a time when it feels safe to process.

As trauma is very often held physically, body psychotherapists have an advantage over the solely 'talking therapies' in that they can directly address the body for areas of contraction, fear or defeat that may be hard for the client to access through talking alone. Using touch and encouraging the client to 'hear' what their body is telling them, together client and therapist re-encounter some of the original traumatic energy that has been frozen in time, transforming it through the safety and connection established in the therapeutic relationship.

The key here is safety and being in connection with an attuned sympathetic other - normally the two conditions that were absent when the original trauma took place. Body psychotherapists are also careful to work within the client's window of tolerance, meaning that the uncovering of traumatic feelings and sensations are only encouraged enough for healing transformation to take place, but not so much that the client feels re-traumatised. Again, feeling safe and supported is paramount to any trauma work.

When the client feels safe, he or she can begin to recover who they were before the traumatic event(s) took place, including impulses to 'fight back' or 'stand up for oneself' which are elements of autonomy and strength often lost to overwhelming circumstances.

Attachment theory describes the different ways that we have bonded (or not) with our primary caregivers during childhood. If there was a secure attachment, the child is more likely to grow up attracting healthy relationships. In contrast, insecure attachments lead to difficulties with intimacy and the ability to trust. Founded by the psychiatrist John Bowlby (1907 - 1990), and developed further by numerous researchers, the theory explores the ways infants are forced to adapt their natural bonding instincts when there is sub-optimal parenting. Modern psychotherapy now recognises that poor early attachment not only accounts for dysfunctional adult relationships, but also the inability to self-regulate and feel safe. It may also lie behind a range of mental health disorders and psychopathology.

If we were lucky enough to have a primary caregiver who was sensitive to our emotional needs, we build a sense of trust in others, ourselves and the world at large. If one or both parents were cold and dismissing, we make the understandable assumption that relationships bring pain and rejection, and we are likely to shun intimacy, even becoming cold and dismissing ourselves. If we had a parent who was only available to us some of the time, we fear abandonment and are often paranoid and needy in future relationships. And where a parent carries unresolved trauma, behaving in ways that are frightening or abusive, we shut down some of our natural bonding instincts altogether in a disassociation or freeze.

The good news is that it is never too late to repair damaged early attachment. Whether through psychotherapy or kindness in later relationships, our biological drive for relational closeness can finally be rewarded with the affirmation that is necessary for building self-esteem and inner resilience. In psychotherapy, a trusting and safe relationship with an attuned therapist becomes the template for secure attachment, a temporary 're-parenting' allowing the client to grow and transform. And in body psychotherapy this re-parenting can become a more profound experience of feeling validated in the felt-sense as well as the mind. Just as the mother, in a secure attachment, uses non-verbal gestures with her infant, so too can the body psychotherapist employ levels of physical contact that evoke healthy parental nurture. Examples of this would be the more reassuring and soothing aspects of biodynamic massage, as well as other forms of attuned touch, hand-holding or embrace. This implicit and powerful non-verbal exchange can cause a reorganisation in the whole body/mind system that reactivates trust in others, and ultimately a reaching out for human connection.

Whether we are parents or not, most of us have witnessed the joy and ease of mother and infant in intimate non-verbal communication and play. These are not the times when mum is busy and functional, but instances when parent and child are locked together in the timeless 'here and now' of right brain hemisphere interaction. You will recognise these moments because they will bring a smile to your face and a feeling of well-being in your body. Look closely at how mum mimics baby's expressions, and how baby mimics hers. Hear the soft melodic noises that mum makes, and notice how baby tries to echo these sounds. See the caress, the bodily contact, the cuddles. You are witnessing pre-verbal secure attachment in action, and this baby, feeling seen and accepted, is co-regulating with mum and internalising faith and optimism in humans and the world.

[The terms 'mother' and 'mum' here are used generically to represent any of a child's primary caregivers, regardless of biological relationship or gender.] 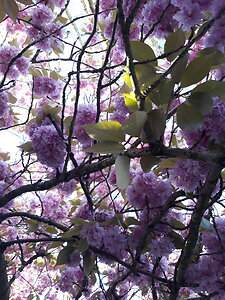 We are not born with a developed self-regulatory neurobiological system that knows how to process emotional overwhelm. From infancy, our brains learn how to calm our nervous systems by ‘copying’ the nervous systems of well regulated caregivers. Mirror neurones implicitly pick up the internal state of the other, encoding their experience alongside our own. In this way, parents who are able to regulate their emotional state are literally shaping the brains of their infants to be able to do likewise. These infants will then enter adulthood with the resilience to handle life’s stresses and challenges.

When there has been warm and loving interaction in childhood, we carry this neurological framework to support us throughout life. Our prefrontal cortex (higher cognition) works in conjunction with our limbic system (emotions) to soothe the amygdala (the part of the brain that detects and reacts to danger). We recognise when to reach out to others because the relational right hemisphere of our brains has been nurtured to connect with those around us. Our nervous systems can override threat in more sophisticated ways than the less evolved fight/flight/freeze response, by utilising social engagement in order to feel safe.

As a species, our survival has depended on communicating and cooperating with one another to defend against a hostile and dangerous environment. This is why we are neurologically, and in every cell in our body, relational. It is successful relationship with others that not only protects us physically, but armours us emotionally. When the relationship is devoid of loving and supportive interaction, the human brain is unable to grow vital neural connections that underlie psychological health. This is seen in the stunted neurological development of severely relationally neglected children. In the words of author and family therapist Bonnie Badenoch, “we have evolved to expect to be embedded in a nest of warm relationships, and when we aren’t it's a violation to the most basic assumptions of our neurobiology."

Body psychotherapy, with its emphasis not just on words but nurturing physical contact, restores humans back to their essential neurobiological equilibrium. For those who have struggled alone, and who perhaps have never received emotional support and safe touch, body psychotherapy provides the vital co-regulation necessary for mental and physical well-being.

“Our system is built to expect that someone will be with us, to support us as we move through life. Our neurobiology is built on that assumption” - Bonnie Badenoch


Terms and concepts that explore this subject in more depth: